To an Arab Motherfucker... 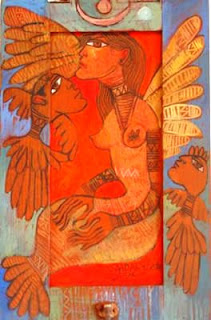 Truth be told, I, an Arab woman, no longer like Arab men.

I have a few exceptions, but overall, can't stand them.

I don't care where they come from, which part of the Arab world, I don't like them.
And am talking here as an ARAB woman, not as some Westerner, or some white female tourist in search of a bit of exoticism to beat the winter blues with sex, sea and sun...and the local gigolos oblige, be it short or long term.

This is my own personal opinion backed with many years of experience. I can tell you that as an Arab woman, they are the most vile, horrid, fake, hypocritical sons of bitches around.

Wait a minute. That asshole is not that way with a non-Arab, but with a true Arab he is.

She becomes his sounding board, his punching bag, his scapegoat, all the shit he wanted to exteriorize but dared not with someone else...A cumulation of his own history, both personal and collective.

As I said it before, that Arab man, in front of the Westerner is like a DOG, he bows down and obliges...And he is only good at showing ME his might - his might akin to a limp dick in need of a thousand Viagras. Push it up with one more fake bravado...and bravados, I have heard. So many of them...Like an empty pot which you strike, and its sound reverberates miles away. An empty echo that strikes one flank of the valley and falls back into a pit of utter darkness - his.

The Arab man when it comes to a Real Arab woman, is an eunuch growing a penis, trying hard...trying to.

And I have some who write to me and tell, "Oh but they are so nice to me" - to which I have a standard reply - "Of course they are, you are not an Arab woman."