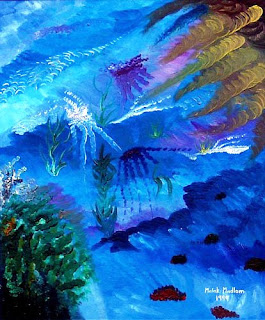 In a mere 5 years our lives have been turned upside down. My country has been handed to the Americans and the Iranians on a silver platter, by none other than some Iraqis, themselves - Shiites and Kurds for the most part. Two despicable categories. And I don't care what you think, they are despicable to me - they sold Iraq for the cheapest of price.

I really don't know what to write anymore or what to say.

For 8 years, we fought the Persian filth and lost our best men, thousands of them, so we can keep our independence, and now this.

I can never look at another Iraqi the same way as before. Never. The traitors within.

They have allowed America and Iran to embed themselves in our fibers for years to come, all out of hatred and envy. Nothing more. A old complex that they reenact over and over...

A Shiite acquaintance called me the other day, well he used to be more than an acquaintance. He mentioned Sistani once during our phone conversation, and I could detect in his tone some reverence for that Iranian whore. He then asked me if I would like to meet him for a coffee, I turned him down - flat.

This is how radical I have become with other Iraqis. The slightest mention of anything that is pro-occupation, pro -sectarian Shiite rule, pro-Kurdish, pro-Iran and they are completely and totally out of my sight and life within minutes. And I mean that literally - minutes.

I keep my interaction with other Iraqis to a strict minimum and am on the lookout for any sign, to send them to the hell they asked for.

I don't know, maybe I have become a self- hating Iraqi. I don't think so, though. I am just so disgusted with some of my own people. And I still love Iraq too much.

At times, I say to myself, to hell with all of them, why should I care ? They wanted it that way, let them have it. Some of them don't seem too bothered. They are living their lives as if nothing happened. Why should I bother ?

I see other Iraqis, be it in reality or virtually, and I want to throw up...

I want to vomit on their callousness, their lies, their deceit, their duplicity and their stupid ignorance. I feel embarrassed to be associated by name or by nationality with them. Maybe because I have known a time when this vermin was nonexistent. And I saw the great strides and achievements that were made without their kind of presence.

For God's sake, will someone explain to me where did this scum resurface from ?
I know some of them were in England, others in the US and others in Iran. And they had their little opportunistic slimy followers inside the country, covertly working for that day.

It is as if Iraq had already vomited them out and some high wave brought them back to the shores, like some garbage that refuses to sink into the depth of the ocean. The non-recyclable, the non-biodegradable type of GARBAGE.

I see them like those rusty tin cans, broken glass bottles, ugly dirty plastic bags that pollute the shores, once the beaches are deserted, at the end of a long day.