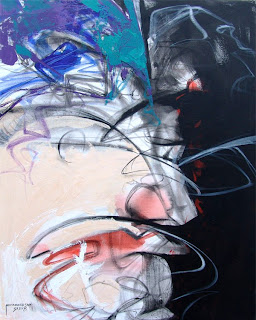 All talk about the 40th anniversary of Moon Landing, Moon Walking, Mooning...

Excuse me but who gives a fuck ? I certainly don't.

I remember when this first lunacy happened, I told my Grandma - may she rest in peace - I said to her, Bibi, bibi, they landed on the moon.

She just puffed on her cigarette and said - chathabeen - liars.

Then this will be the beginning of their end... Subject closed, she wanted to hear no more.

She was right, things got much worse on this planet since these American lunatics "conquered" outer space and planted that filthy despicable flag on the moon.

And what purpose did it serve ? What was the accomplishment apart from "conquering" the moon ? What scientific value does it have ?

Ha! walked on the moon. So fucking what !

You walked on the moon and you raped the earth...You have done nothing in your short stupid history but terrorise and create more problems for the world, you and your stinking European Masters.

If you were a half way decent country and people, instead of spending billions of dollars "conquering" outer space, stop your "conquests" here on earth and go and remedy the ills that you have not ceased creating with your billions of dollars, war and death industry.

Instead of "conquering" outer space, contemplate its infinity and your position in this universe, how inconsequential you are, how infinitesimally small you are, in the grand scheme of things, how irrelevant you are, in the large pattern of the Cosmos.

But people like you cannot see farther than their noses. You are deaf, blind and dumb. Bunch of idiotic, senseless, lunatics who wrought havoc on earth.

Be done and gone. Your end is not too far off.